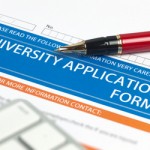 There are over 500 schools that take the Common Application as well as hundreds of other schools to consider.  Many applicants start off with a wish list of about 30 schools, but it is neither advisable nor necessary to apply to more than about a dozen colleges and universities, assuming that you have selected a range that are reaches, reasonable or likely to be safe choices.  Don’t apply to schools that are so far out of your reach that you are wasting your time, but don’t sell yourself short, either.  Just make sure that you are being realistic.  Also, it is a good idea to consult with your parents:  Will they allow you to travel all the way across the country?  Do they object to any of your choices?  Make sure that if you get in, there are no obstacles to going to any of these schools.

Once you have your list, the questions turn to the various decision plans.  If you have a dream school and you know that you would go there if accepted, then you may consider applying early.  That can be done through Early Decision, Early Action, or completing an application for a Rolling Decision school as early as September.  If you are not sure, then you may want to apply Regular Decision.

There has been a trend among schools to accept a significant percentage of their applicants early.  Some of the schools will consider your early application and decide that they want to see how you do in high school during the first semester.  They will then defer their decision about you until March or April.  Other schools will either accept or reject you as early as December.  No matter what early option you take, it is essential to prepare all of your applications, even for the regular decision schools, in a timely manner so that you can have everything ready to go in November or December.  Some high schools expect that you will adhere to their timelines so that the guidance department and the teachers who are writing recommendations will have enough time to do their parts.

Here are the options:

Early Decision: If you have a dream school to which you have a reasonable chance of being accepted, you may apply Early Decision. The deadlines for early decision are generally in October or November, and you will hear from the school in early to mid-December. More and more schools are accepting students early for a variety of reasons, and that puts the pressure on applicants who feel that their chances of being accepted are better if they show a definite interest in attending only one school. If you are accepted Early Decision, you MUST accept the school (unless the financial aid package is inadequate). You may also apply to Early Action schools at the same time, and you may apply Regular Decision to other schools, but you must withdraw all other applications if you are accepted Early Decision. Sometimes there are two deadlines, approximately a month or two apart.

Early Action: If you apply Early Action, and you are accepted, the decision is binding to the school but not to you. You may still apply to other schools Early Action and Early Decision as well as Regular.

Single Choice Early Action is non-binding; applicants will find out whether they are accepted sometime before the holiday break, but you may not apply to any other school ED or EA. You can still apply Regular Decision to other schools even if you are admitted.

Restricted Early Action (REA on the CA4): A small number of schools have a plan with specific requirements that you must fulfill if you use this plan.  Check with the individual schools.

Rolling Admissions: Schools that have rolling admissions view their applications on a first-come, first-served basis until they have filled their class. So if you apply in September, you will hear from the school some time in the fall, and you have the option of accepting of continuing to “shop.”

You may also see references to “Priority Admission.”  Schools that offer applications on a rolling basis will post a priority date.  Applications received by the priority date are reviewed first and given an admissions decision before other applicants.  Also, some schools will then evaluate those candidates for earlier consideration for scholarships.

Regular: Applications are generally due between December 15 and March 15, most commonly January 1 (keeping in mind that high schools are closed for a winter break and will most likely require that you have all of your materials ready beforehand).

Keep in mind that your counselors and your teachers will be writing recommendations, and that they need time to do so at least a month before the deadline. Also, you will need to plan your SAT/ACT testing so that the scores will be sent to the schools in plenty of time.